Response to the malicious claims in the Jewish Chronicle 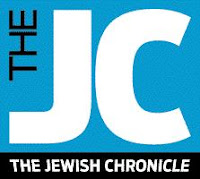 On the 17th of May 2012 The Jewish Chronicle carried a piece titled “Camden Council giving al-Qaeda group freedom to preach” by Marcus Dysch. We in the Ministry Of Dawah (MOD) believe this article contained spurious information and made malicious allegations against us.

We demand The Jewish Chronicle (JC) to make a public apology and correct its gross error and misjudgement in publishing this article.

For the last 4-5 years The Ministry of Dawah has held weekly events at the KCB centre in Kings Cross. We have been active there and in Camden and, far from having complaints from local residents, we have had strong support from the community for the work it is doing to help local inner-city youth avoid lives of crime and anti-social behaviour. All its activities are published on its YouTube account, MOD blog, Facebook page and are publicised for all to see and watch, as there is nothing to hide, and it is from these public uploads that the author from The Jewish Chronicle has decided to handpick quotes, take them out of context and attempt to portray our Muslim youth group as a terrorist training camp.

This is grossly irresponsible in an age when Muslims are often vilified in the press, when the general public have legitimate security concerns and most of all when, in an area like Camden, local residents from hugely diverse backgrounds get on with relatively few inter-community problems.

It is very unfortunate to read such a poor, grossly inaccurate and immature piece of journalism which appears to be driven by an agenda to undermine those who dare to  speak against Israel's brutality.

Regarding Some Specific fallacies in the article:

1)      The title of the article called the MOD group an "Al-Qaeda group".  This is a total lie that clearly maligns MOD falsely. MOD is not an "al-Qaeda group" and has never promoted Al-Qaeda. This title would understandably worry most readers and create unfounded negative feeling and hostile resentment towards MOD.

2)      The author also stated that MOD is "a group which promotes the ideology of Osama bin Laden".  Again, this is totally false as MOD doesn’t believe in violence and this can be clearly refuted by at least trying to find out the reality of MOD.  But the author clearly decided that it would not help his cause to resort to accuracy.

3)      The report accused MOD of "promotion of extreme Islamist organisations such as Hizb ut-Tahrir, and support for bin Laden and other al-Qaeda leaders on social networks...”.   It is not MOD’s job to promote any group; it is an non-partisan independent organisation. It is not a requirement for every speaker to agree with MOD, nor do the speakers promote all of MOD ideas as many give their personal views. But general guidelines are given and to date none of the speakers in MOD promoted any extreme or violent-orientated views. Their views were either their personal views or shared by large number of ordinary Muslims but nonetheless they were not "extreme" or "terrorist" as the author would want the reader to believe.

4)      After starting his article with false slanderous allegations, setting a background of fear and intimidation, the deceptive author then randomly went on to talk about the titles of some of the topics of the circles hoping he can build a link between his false allegations and the innocent titles, which would subsequently leave the reader fearful.  So he said “Events held by the group at the venue have included a “Maidens of Paradise” discussion about women, and “Deeds after Death”.   We make no apology for these titles, as one cannot hope to generate interest amongst inner-city youth with bland titles. These talks are about describing the Afterlife and good deeds that will help a person after death.  Discussions about the Afterlife are common amongst the Abrahamic faiths such as Christianity, Judaism and Islam, and we are surprised that a newspaper that emerges from a community that has a strong religious practice would resort to sensationalism in this way.  Again, these talks are available to view on our website.  The spurious twisted claims that this JC journalist has put in the article are well known and accepted explanations of Quranic verses and Prophetic sayings of the Prophet Muhammad (pbuh).  Are these things that The Jewish Chronicle wish to frighten people about? Are they the issues which the Camden Council and the KCB should be worried about? Has quoting verses from the Quran now become illegal or unacceptable? If so then please make it clear that this is in fact the point of objection.

5)      The author has used the talks which addressed the political reality of Palestine to again leave the fearful-reader to think the worst of MOD.   The article said, "A “Free Palestine” discussion asked participants to consider how “the Zionist Israeli state [is] using illegal weaponry such as white phosphorous to kill and murder innocent human beings including children”.  This is simply stating the facts, a reality where Muslims and non-Muslims are already well aware of, much to the dislike of those who would appease these brutal acts of aggression.  Amnesty International, Human rights watch and many others discuss this at length on their websites. One only needs to do some simple search to find the facts.  In fact, when MOD addressed this, the attendees were specifically warned from undertaking any extreme or violent actions but to be the voice of the oppressed.

It would seem that the motivation behind the article is either a hostility towards religious Muslims or because the Ministry of Dawah dared to challenge the illegal actions of the state of Israel - something the UN, national newspapers, broadcasters and politicians regularly do.

The Ministry of Dawah welcomes all to its events, watch its videos online and participate in its discussions on Facebook, with nothing to hide and proud carriers of the Islamic message and campaigners for the Muslim Youth.

Ministry of Dawah has huge support in the local community for the excellent work it is doing with keeping the youth out of crime, giving them moral guidelines and making them better individuals for their families, community and society. Is this a crime? Or is it now unacceptable in the eyes of the JC because Islam is being used as a reference point to motivate the youth to do good?

I, as a representative as well as others have been approached by many from the local community inquiring about what happened to our weekly circle and why the Jewish Chronicle publish such a spiteful article.

The Ministry of Dawah is seeking legal advice about defamation and reserve the right to take legal action if a public apology and a retraction is not forthcoming. 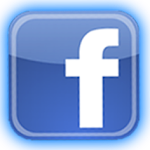 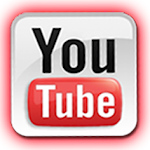 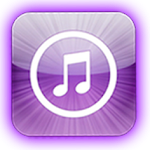